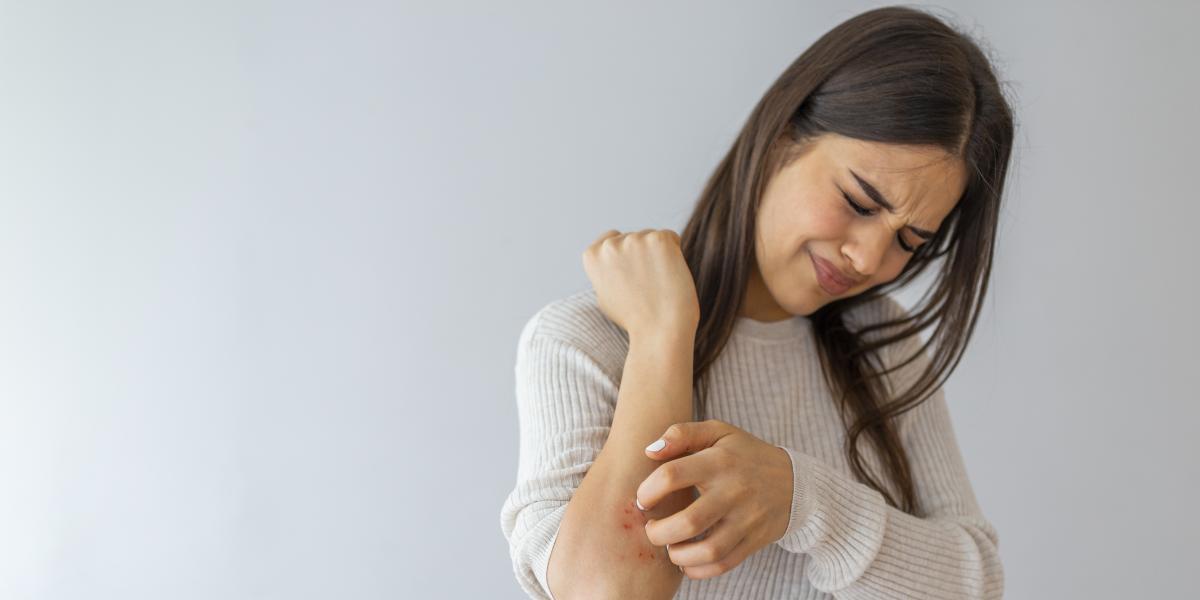 Psoriasis is a condition that affects the skin. It occurs when skin cells multiply faster than usual. This excess of skin cells causes the formation of raised, red areas covered in white scales, typically on the elbows, knees, and scalp.

When you have psoriasis, it’s like your skin cells can’t grow and reproduce fast enough. They grow about five times as fast as normal skin cells and reproduce up to ten times faster than normal cells. As a result, the old skin cells pile up.

Researchers aren’t sure what causes psoriasis. It’s likely a combination of genetic and environmental factors. Some theories suggest that psoriasis may be triggered by signals from the immune system. The immune system mistakenly identifies a potential invader, and encourages inflammation, signalling to the skin cells to reproduce quickly.

Scientists have isolated approximately 25 genes that appear different in people who have been diagnosed with psoriasis. It make take more than a single gene to cause the disease, and scientists continue to try to isolate the primary genes involved in psoriasis.

Approximately 10% of all people have genes that make it possible for them to get psoriasis. But only 2-3% of all people actually experience the condition.

Having the right combination of genes means that psoriasis can be activated by a trigger and flare up. Some common triggers include:

Alcohol use. People who drink heavily, especially young men, are at an increased risk of developing psoriasis.

What are the Symptoms of Psoriasis?

Plaque psoriasis may cause one or more of the following symptoms. They include:

What Types of Psoriasis Exist?

There are other forms of psoriasis, though they are less common than plaque psoriasis. These include:

People who have been diagnosed with psoriasis likely know that this condition is difficult to treat. Little is known about what causes psoriasis, and flare-ups often appear out of nowhere, with periods of remission in between. Though various types of treatment, including medication and therapy, exist, there are no known cures for the thick, red plaques of skin that characterize psoriasis.